Washington State University provides enormous economic benefits to the state of Washington and plays a broad-reaching and supportive role throughout the statewide economy.

The innovative research conducted by University faculty and the new ideas and skills WSU graduates bring to the workplace influence business, industry, education, the health sciences, government, and other sectors of society—not only in the state—but around the globe. That orientation is consistent with the way WSU has aligned its resources to help meet needs since the University’s founding 125 years ago.

An independent economic impact study completed in 2014 showed that the University was responsible for about 20,600 jobs in the state of Washington. The economic impact of all of WSU’s activities totaled nearly $3.4 billion in 2013.

From 2011 to 2013, WSU generated more than $600 million in cumulative research expenditures, 13 startups, and 191 cumulative invention disclosures. In 2013, the University filed 83 new patent applications and had 14 U.S. patents issued.

Nearly two-thirds of WSU’s 196,000 living alumni live and work in Washington, contributing on an ongoing basis to the health of the state’s economy. 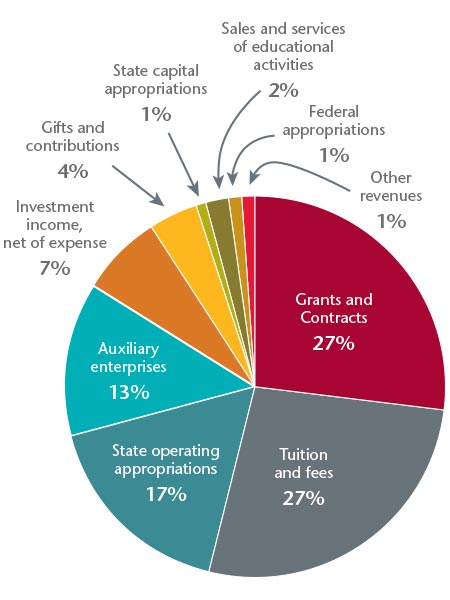 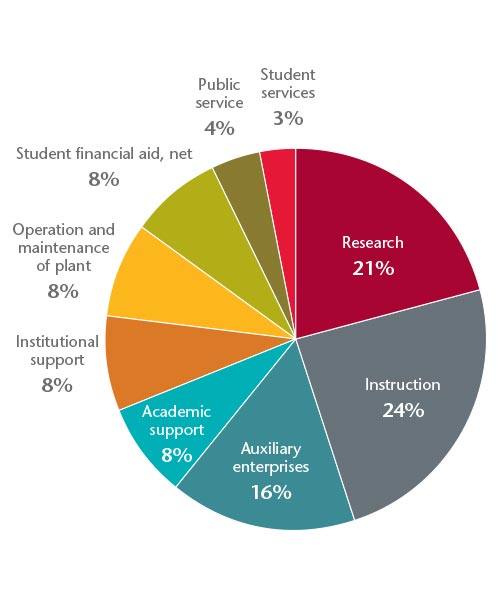